4 Types of Hackers and What They Target

CenterGrid Home Blog 4 Types of Hackers and What They Target
Jul 08, 2016 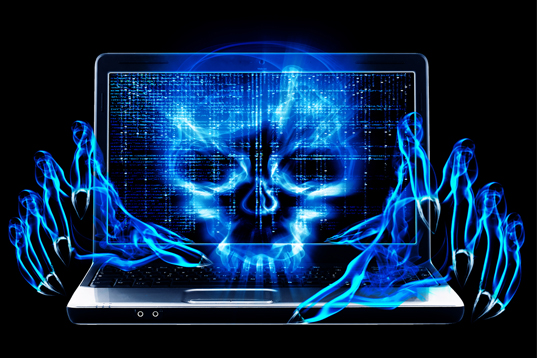 Know the Types of Hackers and Their Targets

The strategic risk of hackers has increased tremendously as more and more information is drifting rapidly into digital forms. The reason behind the attack could be anything, but most often it is money, notoriety or some political reason. It is quite common for businesses to think about how the attack takes place but not on the reason why it has been done. The likelihood of knowing what data needs to be protected and comprehending whether the target is on you or not can be apparent once you know the motive behind the attackers. Let’s have a glimpse of the four different types of hackers and their motives.

The name Script Kiddies has been derived as they are a reflection of their skill level. Scripts or other automated tools are commonly used in this type of hackers as they do not write on their own. The damage caused by Script Kiddies is quite minimal, usually, as they have a basic level technical expertise. There are exceptions, as with the “Love Bug” attack in the early 2000’s. In that attack, a Script Kiddy virus fooled millions of people, as well as afew in the Pentagon, into opening an email with the subject line I LOVE YOU.  The productivity and digital damage cause by this virus were around $10 billion.

A script kiddy aims at quantity, looking out for the number of attacks that can be mounted as a way to obtain attention and notoriety.

Mostly people at an adolescent age who look out for a thrill or fame put together Script Kiddies. Most of the hackers are not around the clock as it is just a hobby for them to use their skills which, ironically, often leads to a career in working within the security industry.

Hacktivist are group of members with widespread skills, such as Lulzsec for example. Operation AntiSec was a series of hacking attacks performed by members of hacking group known as LulzSec, the group known as Anonymous today. LulzSec performed the earliest attacks of the operation, with the first against a Serious Organised Crime Agency in 2011. They are a group of  some of the most talented hackers in the world. In spite of  not being a business or government body, the operation is often politically motivated and their motives are to embarrass their targets or interrupt their operations. There are two common ways of attacking:

· Denial of service – The services of a host connected to the internet are temporarily suspended or interrupted. This leads the network resource unavailable to the intended users. It is similar to a group of people swarm the entry door and not letting valid parties enter, thus disrupting normal operations.

It may seem logical to think that hacktivist only target large sized business, but it is not so. Hacktivist target any small or medium-sized business owners who participate or provide services that can be unethical. Ashley Madison was a major victim of the hacktivist last year.

Money! Money! Money! This is the only mantra of the cyber criminals. These kinds of criminals have become popular in the media and are quite familiar to most Server Message Blockers (SMBs). The target is widespread and includes individuals, small businesses, large companies and banks.

Though these objectives are different, a precious resource to steal or an easily exploitable security measure is common among these victims. The rise of cyber crimes is inextricably associated to the ubiquity of credit card transactions and online bank accounts. Different forms of these cyber attack are as follows:

1. Social engineering to trick users into providing sensitive information.
2. Infecting an organization/individual with a virus, malware or ransomware.
3. Exploiting weakness in a network or operating system.

Cyber criminals are rapidly increasing in the digital landscape and are predicted to cause businesses over $2.1 trillion dollars by 2019 in a recent Juniper Research publication.

The last and perhaps the most dangerous type of hackers are the insiders. These are the people who have been embedded into your own organization, and fully understand its weaknesses and dirty laundry. They can be anyone who is familiar with your organization; disgruntled internal employees, former employees, whistle-blowers, or even a contracted employee. The main motive behind this type of hacker is to disrupt the organization in some or the other way.

Their mission is payback and they indulge in stealing sensitive information and publicly using it against the organization. While sometimes thought of as heroes, these attackers are certainly acting on vengeance, and the exposures they cause can severely damage a company and its reputation. Edward Snowden stands as perhaps the best example of an insider who hacked his own organization, the US government, to expose what he felt was right.

While some of these attacks are certainly more damaging than others, it is no dought that they all disrupt their targets. In protecting yourself from attacks, it’s best to be proactive with your security measures and to keep a close eye on your environment. Take the time to understand new threats and the weaknesses of your network. It is not possible to stop all attempts of attackers, but you can greatly mitigate your damages by having a plan to follow when problems arise. If you lack a formal plan for managing security or do not have a security team to assist with your environment, it is imperative to find an expert who can provide you with more details on how to secure your business from these types of hackers.