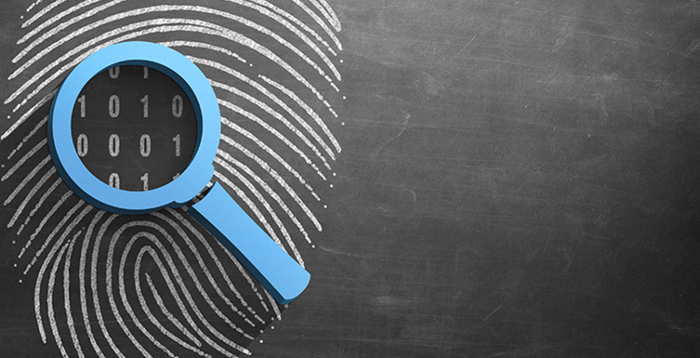 Humanity made major political, economic and social strides in 2016, but like any other year, there have been huge challenges across all sectors. Astonishing happenings have held our attention, but it is cyber security that continues to trend internationally perhaps owing to the nature of attacks witnessed. There have been more ransomware attacks than ever before, and the world has also seen major institutions targeted by malicious cyber criminals. Reports of US election campaigns being hit, hospitals being attacked and intentional power blackouts are a clear indication that attackers are hard at work to make gains through unscrupulous means. Several predictions have been made by experts based on the current security situation in a bid to educate and encourage proper action amongst organizations. Here are some of the five major cyber security predictions for 2017…

1. Tighter rules on the Internet of Things (IoT)

In the coming year, manufacturers of everything from toys to sophisticated drones will be forced to add security layers to stand up against growing threats. Regulations are likely to be created to force vendors to be more responsible around software and updates. Manufacturers don’t ordinarily release patches, but in the wake of attacks via IoT devices it has become imperative that security strategies change. Denials of Service (DoS) attacks have become so common in the recent past that it prompted the need to make all internet connected devices meet certain minimum standards. Legislators must step in and provide a plan to protect consumers from dangers arising from flaws in Internet of Things devices. Modern day attackers will not waste an opportunity to hack institutions and individuals of interest, so it is not surprising that tighter rules are looming in 2017.

2016 has been extraordinary in many respects especially when it comes to cyber security. More malware attacks have been launched than ever, and there has been an increase in targeted attacks as hackers look for more lucrative opportunities. The US presidential campaign has been hit; including global organizations that were quick to meet attackers’ demands lest suffer public embarrassment. There is no sign that cyber criminals are about to stop after reaching such milestones, but experts believe that potential targets will not wait to be victimized. They predict that 2017 will see more multi-faceted threat prevention strategies designed to ward off attacks from every possible angle. Such will include advanced techniques like sandboxing and threat extraction, but it will also be wise to incorporate alternatives like law enforcement, coordinated takedowns, and the establishment of financial reserves if there are no other means of resolution. Attackers will certainly be changing tact in the next two months and organizations hoping to survive must constantly work to seal all fathomable loopholes and create deterrents against the most advanced malicious programs.

Increased use of smartphones and other mobile devices in the past four years has risen, and 2017 will be no different. This has led to companies encouraging their employees to bring their own devices to work but on the flipside – that poses huge risks. It has emerged from various studies that at least one in five corporate employees will be responsible for a data-breach launched through their mobile devices. Mobile security experts remain wary about such trends that continuously expose organizations, but since there is no stopping change, they recommend taking deliberate action against breaches. Even in light of these dangers, there is a feeling among experts that mobile security in 2017 will continue being a constant push and pull between productivity, privacy, and protection. It might be difficult to stay ahead of hackers who are very resourceful but if businesses can find a way of ensuring productivity using mobile devices without compromising safety, then next year will mark fewer malware attacks. It all comes down to proper training and education to ensure that employees understand best BYOD practices.

Certain infrastructure like energy and telecommunication are major targets for attackers. Criminals know that hitting critical components in any industry is a great assurance that their demands will be met. Governments cannot risk national power cuts or capture of communications portals so in most cases they choose to pay a ransom. The worst attack on critical infrastructure caused a blackout in 2016, appropriately highlighting the need for better planning in 2017. Cyber security companies must expect that attackers will use techniques associated with organized crime and terrorism whose perpetrators are difficult to fight. It is, therefore, wiser for them to upgrade and regularly update security measures to ward off attacks. More energy must be directed to protect government institutions from attacks because the way things are going attackers could launch their most crippling assault in the next few months.

There are many security challenges associated with the cloud, but that has not stopped organizations from utilizing its countless offerings. Hybrid network infrastructures create backdoors for attackers to infiltrate networks and systems. Worse still is that an attack targeted on one cloud-user could easily disrupt the whole system. Data from a recent security report presents complex and alarming possibilities for information security in 2017. Cybercriminals quickly conform to changes in technology to make sure that they get into vulnerable systems long before the targets can suspect a breach. As long as private and public institutions use the cloud, malicious attackers will be waiting to pounce leaving them with nothing more to do than keep monitoring and averting spread of infections. It is very concerning that new variants of malware and ransomware are being released by the minute which is why experts predict more passionate anti-ransomware policies shortly.

These predictions are not meant to scare but rather to spur security professionals into favorable action. Anticipating things to come helps in the creation of valid plans against unpredictable attacks which have had major consequences in the recent past. Preparing for attacks will save businesses from embarrassment, cushion against crippling losses and protect the public. It is through such predictions that the world of cyber security can gain traction against hackers who will stop at nothing to hold different targets hostage.