Cyber Security Threats in 2016 are Growing 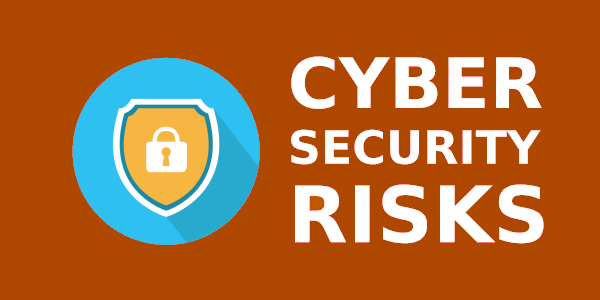 As technology improves, cyber security threats and hackers’ expertise increases allowing them to launch sophisticated attacks. When hackers hit these days, it’s typically not a small issue that can be remedied with ease but rather an advanced attack for which they have the specific antidote. It is estimated that in the last three years alone, Russian hackers have gained $1 billion from bank accounts in the US and Europe. The money trail is difficult to follow as elusive hackers are using bitcoins which is a literally untraceable form of currency. These staggering statistics including the latest attacks into US political campaigns and the Democratic National Convention (DNC) point to an increase in threats to cyber security. Let’s look at some of the threats in 2016 that seem to grow unabated:

Many industries rely on technology to control various processes. Such systems are often connected to each other in specific networks for seamless control, and while this is a great leap from handling matters manually, it is through these very systems that threats creep in. With modern technology, firewalls are not enough to protect industrial control systems from sophisticated attacks that even target security companies themselves.

There is an upsurge in the Internet of Things (IOT) which only gives attackers impetus to strike. Makers of devices and applications are in a great rush to get connected devices into the market but then they barely pay attention to security. This means that a connected thermostat, smart fridge, or smart TV could be the way hackers enter your home or corporate network. Security experts have called IoT the next industrial revolution as it encourages production of smarter products, and could positively alter business models, but unfortunately, it creates an unmanned gateway to privileged information.

This is a rather new type of threat that has been rapidly evolving since 2015. Ransomware is a unique form of malware that secretly etches itself into your computer system and goes to work encrypting your information. When the deed is done, the rogue developers will contact you demanding payment to decrypt and release important files. The biggest problem with today’s ransomware is that the source codes are quickly advancing, leaving little chance for professionals to trace their origin.

Once infected, there is nothing that a business or individual can do but cave into the crooks’ demands if they want to regain control of important data, or rely on a recent backup to restore. To get people to comply ransomware, developers usually threaten to make public any private information or destroy files. They pick a target and hold them hostage till money is paid, but that doesn’t keep you safe from repeat attacks.

Just like traditional phishing these attacks come in through email but spear phishing has a specific focus to steal data for malicious reasons. The FBI recently warned of a “CEO email scam,” a good example of spear phishing, in which hackers steal the identity of an authority in business or government and use it to gain access to privileged or damaging information. The biggest problem with spear phishing is that workers are easily fooled into opening files and attachments that seem to come from reliable sources.

Today’s wars are being fought on a new battleground with a growing rate of cyber espionage. This threatens both the stability and safety of people. Cyber espionage is a great threat to world peace as seen from the latest attacks targeting the Hong Kong protests, territorial disputes in the South China Sea as well as the Israeli-Gaza conflict. Using cyber espionage a simple email, tweet or private information could be hacked into with different motives that are often political gain for a few people.

The likelihood of such threats becoming more advanced is scary but all hope is not lost as institutions and individuals can protect themselves through cyber information sharing and collaboration. The Department of Homeland Security, for example, is helping with better security through its Cyber Information Sharing and Collaboration Program (CISCP). Using this platform, people are able to secure their networks against attacks. Such measures are welcome, but it will take time to reign in the crooks and gain the upper hand against evolving attacks.

How to Manage Your Security Threats

Today the best security plan is to have one. Know you security strengths and more importantly it weaknesses. As there is no such thing as 100% secure,  everyone who relies on technology in their business must take proactive security monitoring measures to prevent malicious attacks and manage unprecedented losses in the near future.